So with Custom Con 31 over, I can post my latest batch. I decided that since I've got the most problem with putting out "finished" customs ("Art is never finished, only abandoned"), putting a deadline on myself would help. So, I put these guys together in a little over a week.

I expect somebody will have a problem with me bashing together the Heroic Commandos and the Commandos in Action, but the truth of it is I've been wanting (and had parts sorted for) customs of the Argentine figures since the 2009 convention set came out. I was pretty much going to use the same recipes (but with Firefly legs), until recently I saw M_renegade's Manleh and realized I could use the PoC Cobra blueshirt base. I was at a loss for opponents (Mortal? Invasors?), so I looked to my workbench and realized there were a couple of figures who had foreign releases. So pure laziness wins the day. 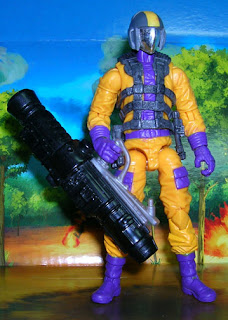 HEAT-Viper (Estilhaço) : Ever since Airtight came out, there's been a parade of ideas of who he could be (I'll get to a few of mine eventually). Viper6 of Hisstank convinced me he could be a HEAT-Viper.

My changes are the Zombie-Viper webgear (Pipe-bombs! Duke Nukem would be proud.) and the Charbroil helmet, cut-down.

I may enclose the helmet some more, and add that mess of cables the ARAH version had. 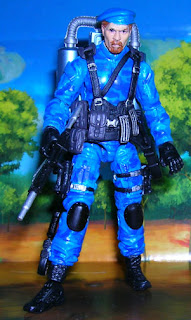 Manleh :Originally, he came with a parachute (which would have made him an insta-buy when I was a kid), in the convention set he had a JUMP pack, so that's what I went with. I keep thinking I should add some yellow to his webbing. 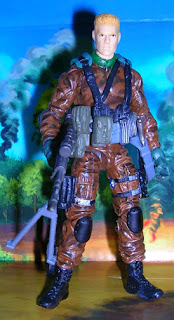 Redmack : I went with the Jungle Duke webgear, since his webbing was green originally. I swapped out Tunnel Rat's machine gun, since he originally came with Rock n' Roll's MG. 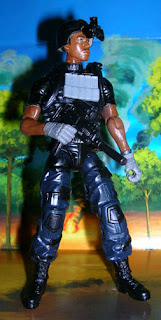 Shimik :When I was putting together the first version, I used the same torso, with the same arm & leg combo the club used. Since I had a spare Ripcord, I figured his arms would work better. I'm not too hot on the Rock n' Roll bandoliers, so when I realized he used a SMG, I went with Beachhead's vest. The card art had camouflage pants, so I went with that. 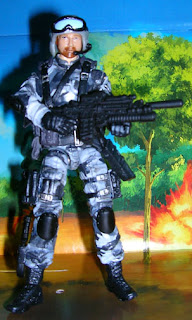 Topson : If I had a Benchpress head, I might have gone with that. The camouflage is three tone instead of two tone because I thought it was too contrasting in my first go. Maybe I can make a Firefly some day and get it right. 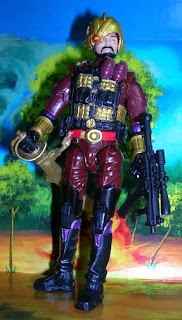 Voltar / Voltar : I know the Brazilian release is more purple (usually a selling point for me), but I was set on using the HISS driver body (pretty standard).

The helmet was Dremmeled from the original figure, which was a first for me. One more rite of passage as a customizer.