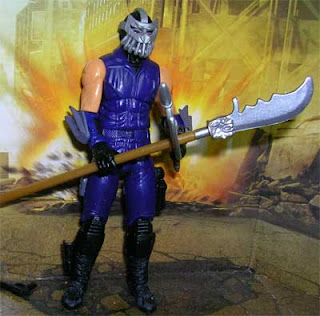 Dice : I saw a Dice custom a while back that used Para-Viper parts for the torso and upper legs to cut paint rub. I had to make a few changes from the Temple Snake-Eyes parts out of sheer cussedness. And with a ninja, I didn't have to figure out what those arm blades were for.

Still not a hundred percent on web-gear. The Firefly harness just seems too cramped. 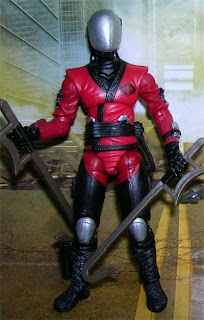 Slice : The other half of Cobra's ninja bros. I made a one with a Marvel Universe figure, but it doesn't look right. He came about from some parts juggling from an Air-Viper and the Wild Weasel below. Wild Weasel : After seeing Stronox's lower arm swap, I figured I had to do something about those goofy Snow Job arms. I was thinking of making a more Marvel comics flavored WW, and had been playing with an Air-Viper to do it. I noticed the lower arms were the same color plastic, and easy-peasy. Swapped the hands onto the new arms and away. 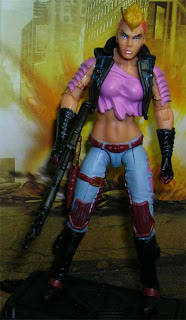 Zarana : I said I'd find that MU Storm jacket. For those Spy Troops fans out there.