Chris Sims put up his response to the Zodiac restructuring up at ComicsAlliance, and it should surprise no-one that I'm a Dracula.


That mans that you draw on others to an almost parasitic extent, and while it's a good thing to rely on your friends for strength, you're not exactly what we'd call a "giver." Instead, your very presence leaves those around you feeling drained, and while they might resent it, they find it awfully difficult to get rid of you once you've got your hooks in.

Even worse, your default mood hovers somewhere between "smarmy" and "pompous," constantly fueled by the fact that you actually have been around a while and learned a lot -- though probably not as much as you think. You consider yourself to be better than most of those around you, and while it's true that you have some talent, it all just makes people want to punch you right in the face. 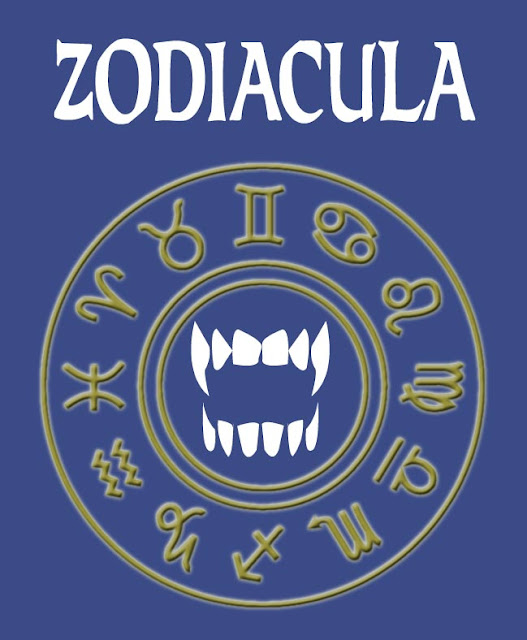